When the situation of the COVID-19 epidemic becomes complicated, and activities of working, studying, trading … become popular on the Internet environment – high-tech criminals have more land to act.

With a series of new and sophisticated tricks, the subjects targeted a large number of people, causing great damage to property. From the mountains to the lowlands and big cities, there are victims of cybercrime everywhere, many of whom are caught by “donkeys”, the damage is up to tens, even tens of billions of dong…

Over 40 years old, Ms. Le Thanh H. (resident in Hanoi) could not have imagined that one day she would “eat” such a “bitter fruit”. As a person of beauty and talent, for many years Ms. H. has operated a company specializing in import and export, and has also accumulated a decent amount of capital. However, her love life encountered many obstacles. After a period of separation, she divorced her husband and bought a luxury apartment to live with her daughter.

While having emotional problems, through the social network Facebook, Ms. H. made friends with a foreign man named Michael (born in 1970, British nationality). Michael repeatedly attacked her with winged words. He said that he now runs a construction company in the US and lives alone because his wife died many years ago. After about a month of confiding, Michael expressed his love for Ms. H., wanted to marry her and did not forget to show off that he had a large capital of up to tens of millions of dollars and wanted to invest in Vietnam. I don’t understand how bad luck made it that Ms. H. accepted.

A few days later, a man contacted Ms. H. saying that she was an employee at BoA bank (Bank of America) and was authorized by Mr. Michael to contact her to complete procedures to transfer money from the US to Vietnam. . The man asked Ms. H. to pay notary fees and marginal taxes to receive an amount of up to 15 million USD.

Ms. H. asked Michael again and he replied that he should follow the banker’s instructions. Because at that time Michael was infected with Corona virus, so he could not go to the bank to pay the money transfer fee. It also makes sense, so Ms. H. agrees. For about 4 months, from time to time, Michael asked Ms. H. to transfer more money so that the bank could disburse the other million dollars. Ms. H. has also made transfers dozens of times, all of which are in her personal bank accounts in Vietnam such as Vietcombank, Techcombank, Sacombank… The total amount Ms. H. has transferred is up to nearly 17 billion VND but still have not received the investment amount as Michael promised. If the incident stopped here, the loss of Ms. H. would have been great. But then Ms. H fell into another trap.

According to the report of Ms. H. at the Hanoi Police Department, right after Ms. H. transferred 17 billion VND in the hope of receiving the amount of 15 million USD but failed, a foreign male named Henry texted him. friend trust. He introduced himself as the head of research for a pharmaceutical corporation, based in Canada. Henry sent many pictures and clips to Ms. H. showing him wearing a white blues shirt, using the most advanced machines in a research institute. He then invited Ms. H. to contribute capital to produce drugs to treat diseases caused by the SARS-CoV-2 virus. “Just invest a few hundred thousand dollars, the profit will multiply 3, multiply 5 within a short time” – Henry promised.

While the money sent to Michael was still like “the shadow of a fish toothpick”, seeing that the opportunity to remove the antlers was coming, Ms. H. “closed her eyes and moved her feet”. Henry sent her a contract to buy medicinal herbs with an Indian corporation, the total amount was more than 300,000 USD. Henry affirmed that as soon as the partner receives the goods, the net profit will reach millions of dollars. Sister H.’s company will receive 80% of the profits, and Henry will receive 20%. Ms. H. quickly transferred the money to an international bank with an address in Greece. A few days later, Henry reported a problem with the shipping process, and asked Ms. H. to transfer an additional amount of USD 100,000 to pay the arising shipping fee.

A few weeks later, one morning, Ms. H. felt lightheaded when she received a wire transfer from Henry with the content of payment for a contract with her company, the amount of which was up to millions of dollars. However, Ms. H. quickly fell into a state of boundless despair. Because when checking the bill of lading, Ms. H. discovered that all invoices and documents were forged. So once again, Ms. H. was appropriating tens of billions of dong. A total of two times “eating bait” of “Western boys”, she lost nearly 30 billion VND but the risk of not getting it back.

Cheese in the trap

Although she was not caught in the trap of getting acquainted – sending gifts like Ms. Le Thanh H. above, Ms. Hoang Thu T. (35 years old, living in Hanoi) was appropriated for tens of billions of dong by soliciting tricks. deposit business investment.

Ms. T. presented, a few months ago she received a friend request from Jang Min (32 years old, Korean nationality). Through social networks, Jang Min said that she once went to Vietnam to travel through Ms. T’s company, so she wanted to make friends with Ms. T. At that time, Ms. T had just been abandoned by her ex-husband, With a fortune of many billions of dong, she easily opens her heart to strangers. Every day, Jang Min texted to ask, and sent pictures of herself as a famous Korean film actor. Afraid of being cheated, T. asked Jang Min to send the whole clip to her. The subject quickly sent many videos of daily activities such as cooking, gym… which made Ms. T. put her full trust.

Then one day, Jang Min texted T. to ask her to invest the deposit to make a profit. “This is a new form of investment in Korea, with just a small amount of capital, you can earn very high interest rates.” And for Ms. T.’s trust, Jang Min will set up an account for Ms. T., then transfer the initial investment amount of 100 thousand USD into the account for her. He also went to her account to buy and sell to increase profits.

After about a week, Jang Min told Ms. T. to log in to her account and see that the amount had been added 30%. Jang Min said it was profit, and said that she would try to withdraw some for Ms. T. to shop in order to “realize profits”. After Ms. T texted Jang Min’s bank account number, a few minutes later her account was added with an amount of nearly 100 million VND. Gladly, she immediately took the money to buy “son of SH”.

And without waiting for Jang Min to remind, the next day Ms. T. transferred him an amount of more than 100 thousand USD to invest. Two days later, when she tried to check her account, Ms. T found that the amount had “jumped” to nearly 300 thousand USD. Another week passed, Ms. T.’s eyes lit up when she saw that there was nearly 2 million USD in her account. Jang Min texted Ms. T. to quickly convert to cash. Ms. T also tried, but couldn’t get it out.

Asked Jang Min again, he said that he had to pay “a little” of taxes and fees. So Ms. T. in turn transferred many more times to Jang Min, the total amount was about 17 billion VND; but still not able to withdraw money from the account. Jang Min continued to ask her to transfer another 3 billion, but this time due to suspicion, T. did not transfer. After consulting her friends, Ms. T discovered that she had been cheated, so she went to the police station to report it. At the same time, Ms. T.’s investment account is also inaccessible.

These are just two of the many women in big cities who have been trapped by “western boys” in recent times.

It can be seen that the group of scammers always have many sophisticated tricks, “catch trends” very quickly with social news stories to create fraudulent plays. Many years ago, subjects often played tricks to make friends, fall in love, then promise to get married, take the sisters to Europe, America… to live a happy life. Subject made up images of parcels, including high-end electronics, even cash dollars to send back as gifts for fiance. From there ask the victim to transfer taxes and fees and then appropriate.

At the present time, the subject is turning to tricks to “pick up money in the 4.0 era” such as investing in virtual money, foreign exchange floors to make money quickly and a lot. Or catch disease trends such as enticing to invest in companies to produce vaccines and anti-COVID drugs… When the victim has transferred money to them, the subjects will think of all sorts of reasons to “extort” their assets. account. Only then did they realize they had fallen for the perfect trick.

Also in the report, some of the victims said that besides the lack of vigilance, they transferred money to the subjects, there were “sure” sisters who required to receive the goods before transferring the money. At that time, the subject will get angry, continuously texting, calling, cursing, threatening to “send the police and army from abroad to ask the victim to explain for the loss of money of the criminals.” they”. Some people are afraid to transfer money on demand.

The police agency added that the target group often showed a thorough study of “prey”, so they often launched very suitable scenarios. In addition, the subjects only had to work day and night to dig through accounts to get information, in order to lure women into the circle. So once you have “started a conversation” with them, it is easy for you to “fall into a trap”.

(According to World Security)

Viet Trinh hates being asked 'where are the three children, will you give them money to support them'

Ever left a big fortune for his wife after divorce 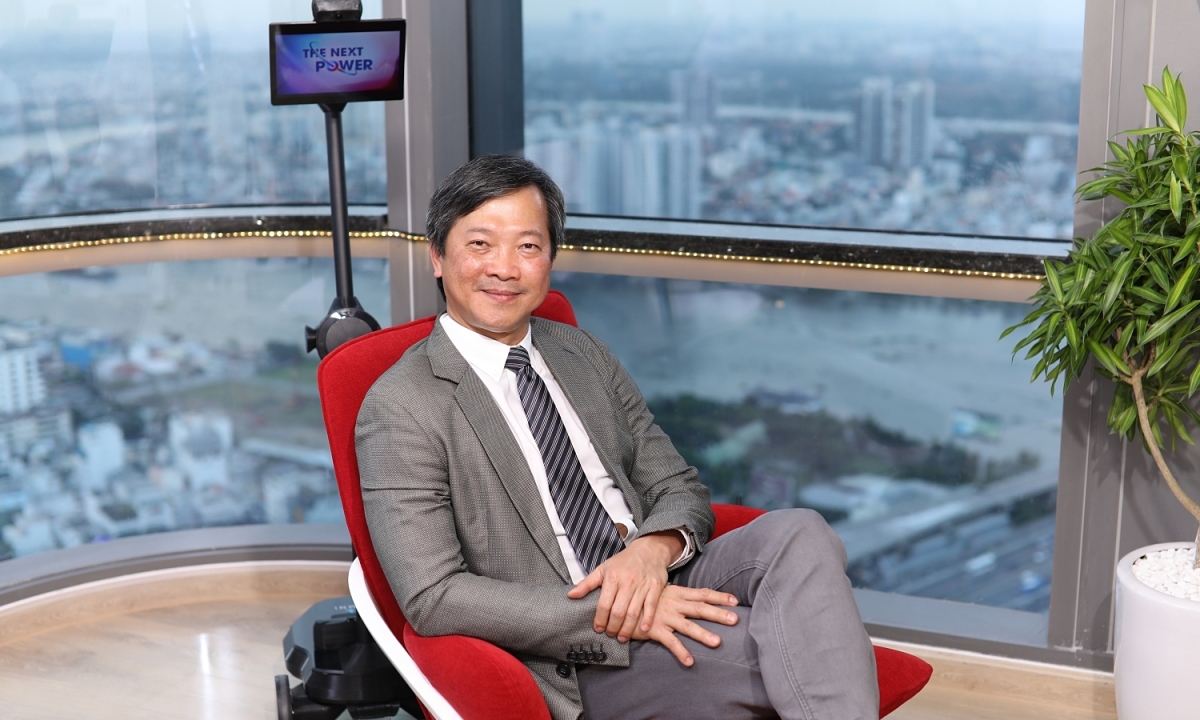 ‘People are the key to all innovation’ 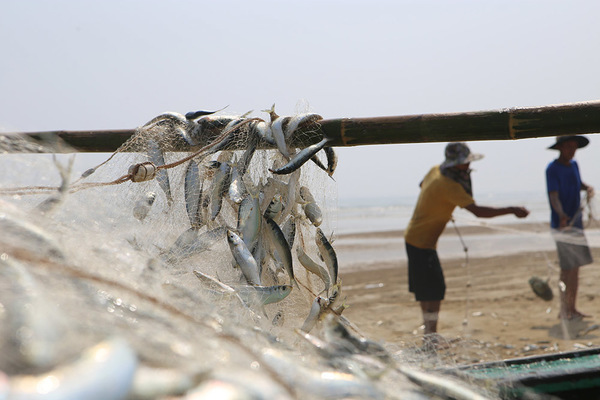 Petrol soars, fishermen who choose to fish near the shore still have millions in pocket 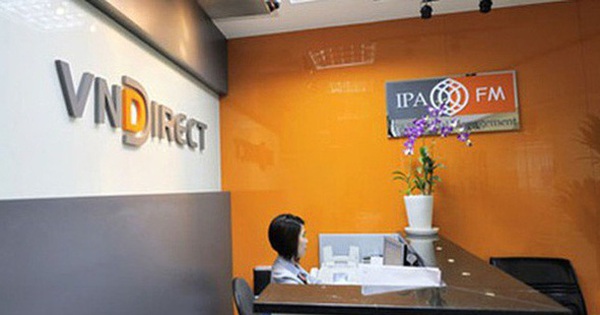 The top securities company “forgot” to renew the domain name, access was interrupted