‘I don’t know what the conflict is between them. I saw the crowd, so I stopped to watch when the man threw acid on me,’ the victim said.

During the argument, Mr. Quang went into the house to take two cases of liquid suspected to be acid and splashed on Ms. Tuyen and other people standing by the roadside. The incident caused 7 people to be shot with liquid, 4 people were hospitalized with acid burns of level I-II from 6-9%, including a 3-year-old baby.

According to the surveillance camera, before the acid was poured, a group of people riding motorbikes and cars came to Quang’s house and repeatedly cursed, smashed and threw many objects inside.

Serious victims are all pedestrians

Of the seven victims of acid attack, three were unrelated to the incident. They were just passersby but suffered severe acid burns and had to be taken to the emergency room.

Recalling that time, Mr. Le Hong Hai (41 years old, residing in Ha Lam ward), said that around 8 pm, after leaving work, he rode home by motorbike. At the section near Ha Tu market, he saw a crowd, so he stopped to see.

“I saw a group of people, including women, arguing and cursing at a man. The man entered the house with a cup of liquid and splashed it on the crowd but didn’t hit me,” said Mr. Hai.

The man continued to hold a cup of liquid from the house and threw it at Mr. Hai. After being hit by acid, the 41-year-old victim felt his face burned, and his coat was constantly smoking. Despite wearing two layers of clothing, Mr. Hai could still feel the temperature of the jacket rising.

“Seeing many people shouting the liquid is acid, I quickly took off my shirt that was smoking and rushed to the grocery store opposite to ask for two bottles of water to pour on my face. I found a faucet and kept pouring water over my head. and my face to soothe, but it was still not very effective. My eyes gradually blurred. A woman saw this and used a car to take me straight to the hospital for emergency, “said Mr. Hai.

The victim shared that she did not know Mr. Quang and Mrs. Tuyen. He also didn’t know what the conflict was between the two of them. “I just happened to pass by and watch, but didn’t participate in quarrels or fights with anyone. At the time of the incident, many people were splashed with acid on people like me”, Mr. Hai said and said he was burned. The right part of the face, in which the ear and eye areas are the heaviest, have blurred vision. The doctor said that he had mild damage to the cornea of ​​​​the eye, with second-degree acid burns, corresponding to 6-8%.

“Fortunately at that time, I wore three shirts and a helmet, if it weren’t for the hat, I would have been worse,” the victim confided.

In addition to Mr. Hai, the incident also caused two other people to be seriously injured and had to be transferred to Hanoi for treatment. The victim is Mr. T.D.Q. (62 years old) and D.AM (3 years old).

Talking over the phone, the family said: “Mr. Q. suffered the most, acid shot in his eyes, so he had to be transferred to the Central Eye Hospital for treatment, while M. was milder and was transferred to the National Burn Hospital. to track”.

A representative of Quang Ninh Provincial General Hospital said that when he entered the hospital, Mr. Q suffered from 2nd degree acid burns of about 9% in the head and neck area, and a corneal burn in the eye area. Baby M. suffered burns of about 8% of the head, face, neck, chest, and left arm.

The doctor said that the case of acid burns, if not treated properly and promptly, will leave many complications and deformities on the face and eyes.

As for Mr. Truong Duc Quang, a hospital representative said that this man was admitted to the Emergency Department, actively resuscitated at 22:30 on March 19 with the same expression of fainting and coma. The initial cause was heart failure of unknown cause, in uninjured people.

The patient regained consciousness and was transferred to the Cardiology Department the following afternoon. Because Mr. Quang is still in a special monitoring room and to ensure his health, no one is allowed to come into contact with the person who caused the acid attack, other than the family taking care of him.

On the afternoon of March 21, Zing’s note at the scene of Mr. Quang’s dilapidated old house made of corrugated iron tightly closed the door, on the glass door there were still paint stains and fragments of the door glass. Inside the room less than 10 m2 cluttered with furniture for car repair and a folding bed.

According to people living in zone 2, Ha Tu ward, Mr. Quang and Mrs. Tuyen rarely interact or talk with their neighbors.

About 2 weeks ago, two people had an argument but no one knew the reason. House number 255 belongs to Ms. Tuyen, but she is not here, but rents it to a woman who practices scrap metal.

The woman named H. who rented the house said that she rarely interacts with Mr. Quang even though they live next to each other and work in the industry of buying old and broken things.

Ms. H. said Mr. Quang lives in another place, where the man is currently opening a car repair shop and charging the battery. Recently, Mr. Quang has completely moved to eat and drink at the restaurant.

“The night of the incident, I heard arguing outside and many loud noises, but I closed the door inside the house so I didn’t know what was going on. The next morning, I heard people around me saying Mr. Quang and Mrs. Tuyen shoved. rub against each other,” shared Mrs. H.

When Zing asked about Mr. Quang building a fence to block the path behind the house, Mrs. H. said she did not know and did not know the reason why the owner of the house No. 255 and Mr. Quang had a conflict.

Lieutenant Colonel Bui Dinh Phuong, Head of Ha Tu Ward Police, said that according to the initial assessment, the conflict occurred between Mr. Quang and Ms. Tuyen related to a land dispute. Specifically, there was no consensus on the fence wall separating the two families before construction.

Quang’s house is temporarily built on land under the management of the State, not owned by him.

“Maybe Mr. Quang built a fence to block the path of Ms. Tuyen’s house, so the two quarreled, leading to an unnecessary incident. We have transferred the entire case file to the Ha Long City Police for investigation. “, said Lieutenant Colonel Phuong.

Mr. Cao Dang Long, Chairman of the People’s Committee of Ha Tu ward, Ha Long city, Quang Ninh province, said that Mr. Quang was one of the cases of poor households for many years in Ha Tu ward.

In 2021, the ward government mobilized for support, so Mr. Quang was removed from the list of poor households.

The head of government and the police of Ha Tu ward both said that Quang often drank, was drunk and often went to the headquarters of the State agency to cause trouble. 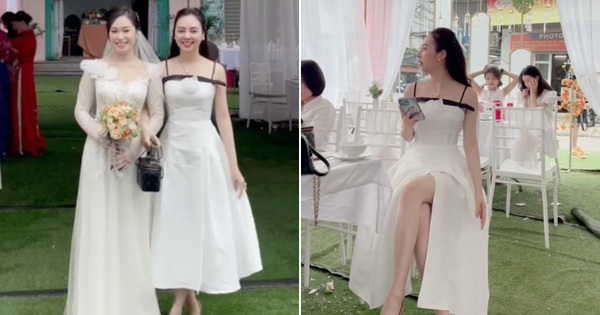 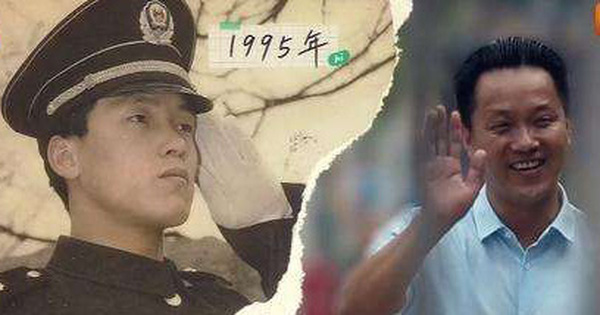 The security guard passed the entrance exam to China’s No. 1 university and rose to be the principal 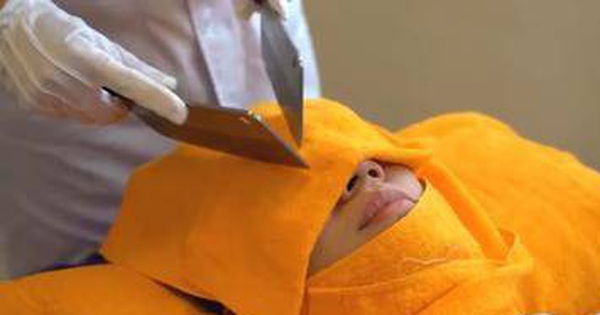 Howling with a massage with a milling cutter, tourists sometimes say: Unforgettable experience! 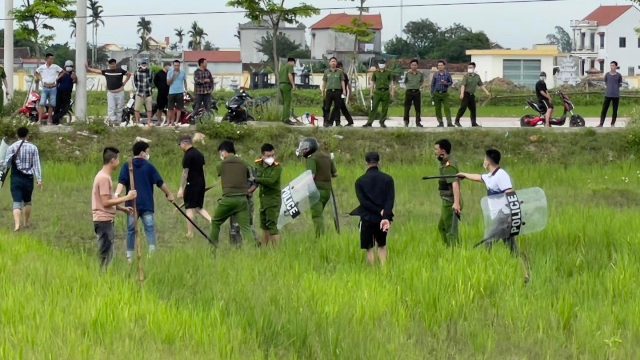 Thanh Hoa: Stealing, stabbing people, seriously injuring them, then entrenched in the field