VirtueThe Family Minister resigned due to “political pressure” while on holiday with her family last year, days after her area was hit by severe flooding.

Anne Spiegel, Germany’s family minister, resigned on April 11 due to “political pressure” and “to avoid causing damage to the government, which is facing enormous political challenges”.

The 41-year-old minister apologized for spending a four-week holiday in France with her family last July. The trip comes 10 days after flooding in the Rhineland-Palatinate and North Rhine-Westphalia regions killed more than 180 people.

Spiegel was then the head of the environment agency and deputy governor of Rhineland-Palatinate, the northwestern state of Germany. The new holiday is brought to light by the media. She cried when explaining the reason for the trip, saying her husband had a stroke in 2019 and needed to avoid stress, while the pandemic and her workload had left her four young children lacking opportunities to play.

“I decided to go there for the sake of my family,” Spiegel said.

She stressed that she had worked tirelessly throughout the days leading up to the holiday to help the affected area and remained in charge of remedial action throughout the holiday. Spiegel also returned to Germany for a day to visit the hard-hit Ahr region, then returned to France to continue his holiday.

However, Spiegel admitted he did not attend the state government meeting during the holiday, contrary to previous statements. Opposition politicians called for Spiegel to step down. Friedrich Merz, leader of the centre-right island CDU, criticized her for being more concerned with “holiday and self-image than the fate of the people of the Ahr”.

Spiegel is a member of the Greens, the second largest party in Prime Minister Olaf Scholz’s coalition government. She joined Scholz’s cabinet in December 2021. Mr Scholz expressed “respect” for Spiegel’s decision and was “emotional” by her personal statement.

Secretary of State Annalena Baerbock, a member of the Green Party, said Spiegel’s departure showed “how cruel politics is”. “Germany has lost a wonderful family minister who fought so hard against child poverty,” Baerbock said.

Last week, Ursula Heinen-Esser, the head of the North Rhine-Westphalia environment agency, also resigned after the media revealed she had traveled to Mallorca, an island in Spain, to celebrate her husband’s birthday just a few days later. flood.

The resignations of the two officials come amid public discontent with the government’s handling of last year’s floods. The deadliest flood in modern German history destroyed roads, bridges, thousands of homes and businesses. Many people have expressed doubts about Germany’s flood warning system, even though weather agencies have previously forecast areas for heavy rain.

Hong Hanh (According to AFP)

Asteroid in the Sahara Desert comes from a rare supernova explosion 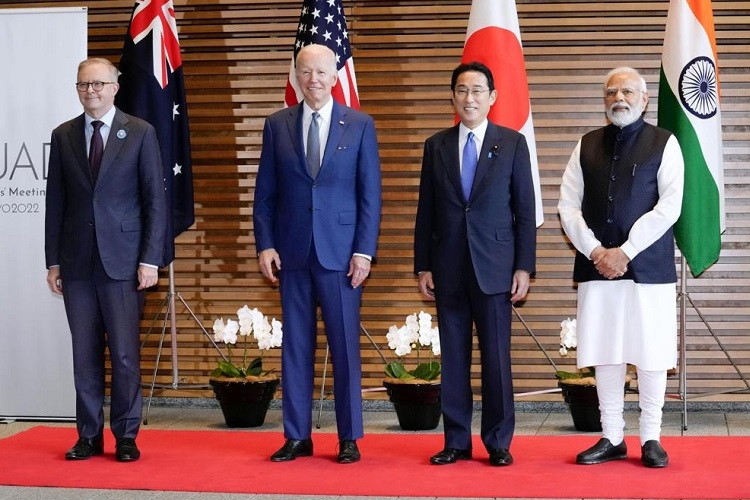 Biden says war in Ukraine is ‘a global issue’

Russia launched the toughest retaliation against the West