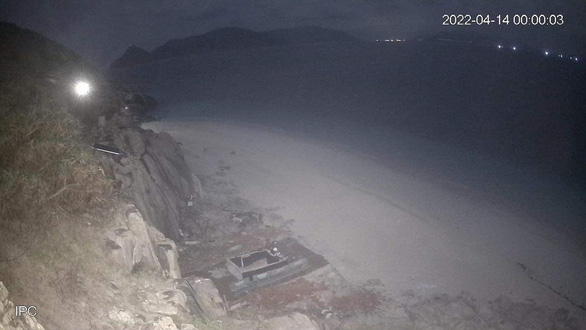 Image of CCTV at Cat Nho beach, Hon Cau when the lights have not been turned off – Photo provided by readers

According to the social network account “VTT”, having lights on Cat Nho beach and Hon Cau island (Con Dao) will make sea turtles not dare to go to the beach to lay eggs. Attached to this reminder is an image of a bright light in a corner of Hon Cau.

This is also to monitor and manage the story of canoes that bring tourists here to worship, be superstitious and then litter. And Hon Cau is not an inland waterway, so canoeing here is illegal. 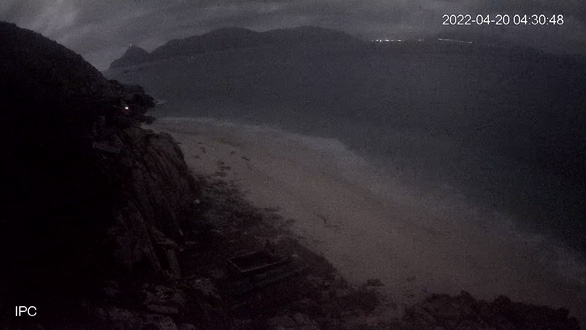 Pictures of Cat Nho beach, Hon Cau after the lights are turned off – Photo provided by readers

Mr. Nguyen Van Tra also said that sea turtles are very sensitive to light. Therefore, they often go to the sand to lay eggs at night. The fact that Hon Cau has lights at night is because the camera’s lighting system automatically turns on when the light is low. Immediately after discovering this, the camera installation contractor turned off the light assist.

Mr. Nguyen Khanh, representative of the camera installation unit, said that the new “full color” camera system has a light assist. When he received feedback, he turned off this light when the surrounding camera was dimly lit. Mr. Khanh also said that when the social network account had comments, he also went in to explain and clarify.

Previously, there were rumors, spreading that in Cat Nho beach, Hon Cau, there was a grave of a person named Van who died at sea, buried here very sacred. Visitors to Con Dao are “recommended” by the service people here so that they can rent canoes to Hon Cau to worship. The worshiping here has caused garbage pollution.

Recently, the People’s Committee of Con Dao district has officially denied the above information because this is a fabrication. The island government also directed that they will strictly handle those who propagate to tourists about the sacredness of the tomb.

Why does Con Dao not allow canoe owners to build temples?

TTO – A tomb on a remote island for many years is rumored to be a “sacred” place, a relic, and then several times asked for “reconstruction of scenic spots”. But the People’s Committee of Con Dao district still firmly refused. Why? Penalizing retailers for handing out disposable plastic bags to customers: Why not apply now?