Accordingly, this is a plan in the project “Transport Initiative in NDC in Asian countries – NDC TIA” funded by the German Government in Vietnam to support capacity building, legal framework to promote development. Transport in the direction of low carbon, reducing greenhouse gas emissions. 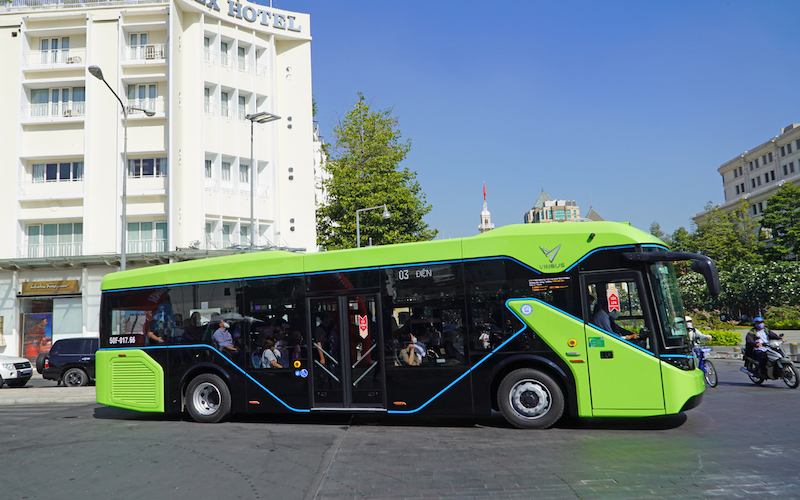 Speaking at the opening of the seminar, Mr. Bui Hoa An – Deputy Director of the Department of Transport of Ho Chi Minh City assessed that at present, people’s demand for personal transport is increasing, countries around the world are tend to limit or gradually eliminate fossil fuel-powered vehicles, switching to encouraging vehicles using clean fuels.

According to Mr. An, in fact, with the rapid economic growth, urbanization and mechanization, the traffic volume in Vietnam in general and in Ho Chi Minh City in particular is increasing day by day. Notably, emissions in transport account for 18% of total greenhouse gas emissions and are constantly increasing over the years. Reducing emissions in transport is one of the leading solutions for mitigating climate change.

Therefore, according to Mr. An, “The plan to develop transportation by electric vehicles in HCMC”, is an important first step for the transformation of transport using clean energy, contributing to deflation. greenhouse gas emissions to make the city’s environment more and more clean,” emphasized Mr. An. 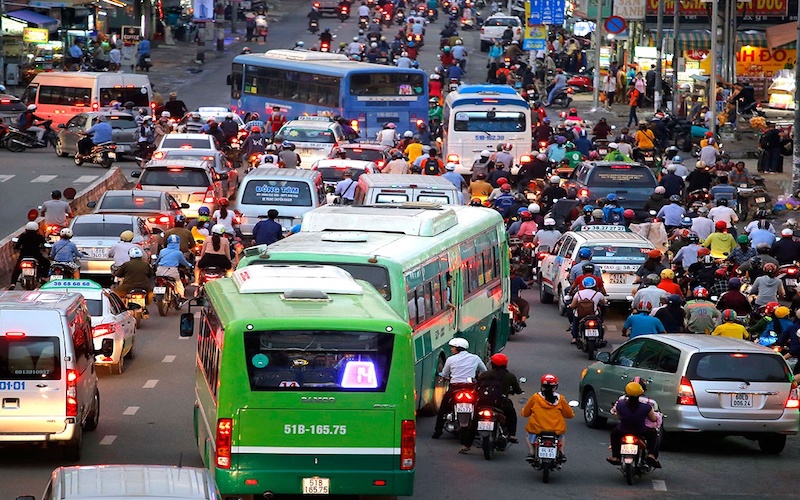 Mr. Bui Hoa An – Deputy Director of HCMC Department of Transport: Reducing emissions in transport is one of the leading solutions for mitigating climate change.

Urda Eichhorst – Project Director of NDC-TIA, German Development Cooperation Organization (GIZ) shared: “The shift from internal combustion engine vehicles to electric vehicles has been happening on a large scale. global scale. City and country governments can promote electric vehicle deployment by providing favorable policy and charging station infrastructure. HCMC’s action plan for electric vehicles will be key to its rapid adoption in the city. This also provides an important experience to deploy in other cities in the future.”

According to Prof. Dr. Le Anh Tuan – Chairman of the Council of Hanoi University of Science and Technology – Head of the project consulting group “Transport Initiative in NDC in Asian countries – NDC TIA” said: Ho Chi Minh City is 1 one of the world’s top cities most affected by climate change. The city’s annual average temperature increased by 1.4%; rate of permanently flooded area in 2009 was 54%, it is forecasted that by 2050 it will increase to 61%.

Therefore, the development of electric vehicles is a global trend and we cannot resist this trend. It is expected that by 2030, only 41% of vehicles sold in the world will be vehicles using internal combustion engines, the rest will be vehicles using electricity or hybrid fuels between electricity and internal combustion engines. . Electric vehicles have penetrated into the Ho Chi Minh City market as an inevitable trend. Now is the time to draw a path for these types of vehicles to become popular in Ho Chi Minh City “- Mr. Tuan said.

Up to p100% electric scooter

Assessing the current situation of Ho Chi Minh City, Prof. Dr. Le Anh Tuan, noted: Up to now, Ho Chi Minh City has not set a specific target for the market share of electric transport development. Cars and motorbikes are the main means of transport, meeting 86.35% of people’s travel needs. The average annual growth rate of passenger cars is 6.56%/year. The main fuels used are gasoline and diesel. 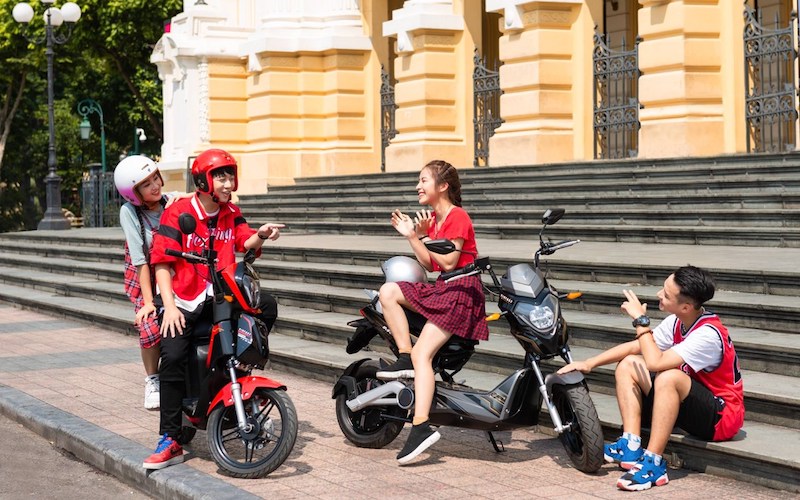 Prof. Dr. Le Anh Tuan – Chairman of the Council of Hanoi University of Science and Technology: The development of electric vehicles is a global trend and we cannot resist this trend. It is expected that by 2030, only 41% of vehicles sold in the world will be vehicles using internal combustion engines, the rest are electric vehicles.

The current state of electricity infrastructure is at an early stage, but there is a great momentum to switch from vehicles using internal combustion engines to vehicles using electricity thanks to the participation of a number of private companies such as VinFast, MBI. . According to the survey, 44% of businesses have a need/plan to convert to electric vehicles and 13.2% of people have a need to buy electric vehicles, focusing mainly on electric motorbikes. At the same time, Ho Chi Minh City has a high electrochemical potential in water transport.

Thus, based on the data, research and assessment of the current situation and potential, the consulting group proposes a roadmap for the development of electric vehicles for the city. HCM consists of 3 phases:

To achieve the goal in each phase, it is necessary to have step-by-step solutions to zoning emission control and collecting pollution fees in each specific period. The main tasks also need to be done according to the corresponding timeline. Specifically, by 2025, technical norms related to the development of electric vehicles must be developed and promulgated. By 2030, develop and perfect mechanisms/policies; unifying criteria for charging stations.

Thirst for human resources in the next 10 years 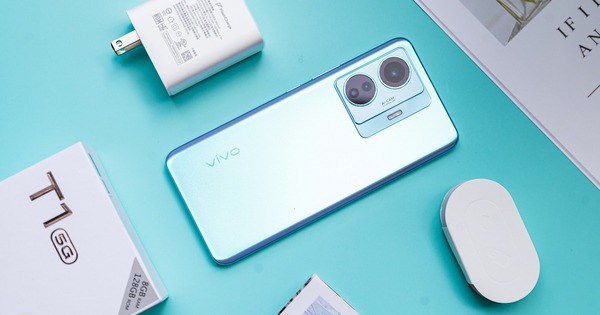 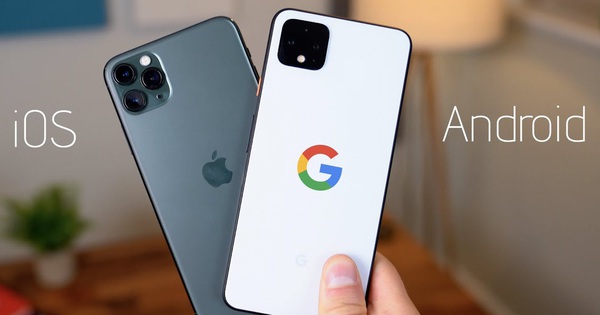 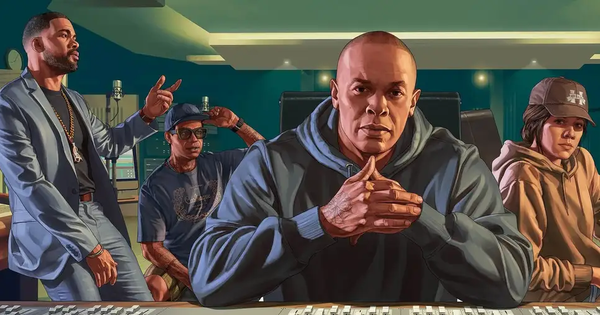 Popular rapper Dr. Dre thought GTA was a game for kids, until he tried it out 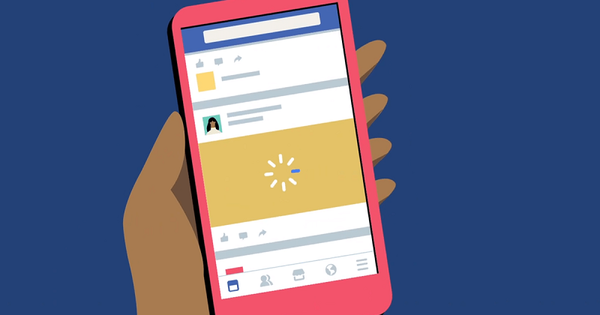