With her daughter, traveling 300 km from Ha Giang to Hanoi to take the exam to enter the 10th grade of High School for the Gifted of Foreign Languages, Hien was overwhelmed when she saw thousands of candidates and their parents.

On the morning of June 4, while my daughter did three lessons entrance exam to the High School for Foreign Languages, University of Languages ​​and International Studies (Hanoi National University), 42-year-old Ms. Nguyen Thi Thu Hien, waiting on a stone bench, in front of the entrance to the test scores. Including the time to study the regulations, the exam lasted nearly 5 hours, but the mother did not go home to rest. “Even though I can’t help my child, the feeling of sitting here waiting makes me less anxious and insecure,” said Hien.

To participate in the entrance exam of the Foreign Language School, she and her son took a bus from 8pm on June 2, to Hanoi at 4am the next morning. I want her children to have time to rest, so they come a day early with her.

A few months ago, encouraged by an acquaintance, she and her husband agreed to let their child take the English test to a foreign language school in Hanoi. “We still have a plan for him to take the Ha Giang specialized exam. With the same review company, we also want him to be more determined, so we signed up for two schools,” she said.

In order for her daughter and herself not to face much pressure, the mother determined that the exam in Hanoi was “the main thing”, and the admission was “a bit far away”. However, the closer to the exam date, seeing her daughter determined and expressing her special interest in foreign languages, Hien became more and more nervous.

In mid-May, when the school announced the number of applications for admission to specialized classes, the mother was startled to see that the odds of getting into English majors were 1 in 10.3 – although this is not the largest number. Along with the previous nervousness, when she saw 4,000 candidates and thousands of parents on the day of the exam, she was even more nervous.

During the candidates’ test time, in addition to Ms. Hien, many parents lingered on the campus of the Foreign Language High School to wait for their children, even though the temperature on June 4 in Hanoi reached 36 degrees Celsius. Many people took advantage of a nap. on a stone bench, reading a book or watching the news, a haggard face. Some parents fidgeted, standing close to the barie separating the exam area.

In District 12, nearly 20 km from the exam site of the University of Natural Sciences in Ho Chi Minh City, Nguyen Thi Dinh and her twin daughters left home at 5am to do their math homework at 8am.

This year, Ms. Dinh’s two daughters aspired to attend the specialized English and Literature class of Nguyen Thuong Hien High School for the Gifted and Gifted. “So far, both of my children have achieved good academic results at school. I strongly support my children’s professional exams because here they have the opportunity to develop their abilities in the subjects they love,” she shared. shall.

Ms. Huong (changed her name), a teacher of a high-quality secondary school in Hanoi commented The pressure to get a place in a specialized school is not only the feeling of each candidate, but also of the parents because “everyone wants their children to have a good learning environment”.

The homeroom of grade 9, at the beginning of each school year, Ms. Huong is often asked by parents to comment on their child’s ability to pass the exam and enter a specialized school. Near the end of the school year, this need of parents is increasing.

“Many times, I’m like a psychologist, I have to encourage and reassure parents. In addition to failing, parents also have to consider the costs of studying, traveling, and career orientation for their children,” she said. teacher said.

On the other hand, For some parents, the entrance exam is more of an opportunity to assess their child’s abilities than a stressful goal.

Taking her children to attend the High School for the Gifted, but Ms. Thuy (Di An, Binh Duong) did not place much emphasis on the results. Two days ago, her son just took the 10th grade exam in a public high school in Binh Duong.

For her, if her son does not pass a special school, he can still study at a school near her home. Therefore, the mother and daughter took the exam with a relaxed, somewhat eager mind. “When my child participates in two exams in a row, I encourage her to keep her mind at ease, use all her knowledge and abilities to do well,” said Ms. Thuy.

With nearly 30 years of experience in the education industry, Ms. Huong believes that the anxiety and anxiety of parents is understandable. However, that does not mean that parents turn their wishes into pressure to “have to pass a special school” for their children. “I once witnessed a student who did not get into a specialized school whose parents expressed their disappointment, considering him to be the ‘shame’ of the family. This child later had severe psychological problems and had to be treated. for a long time,” she said.

Ms. Huong suggested that to make the transition process go smoothly, families should develop a plan early, parents discuss with their children and teachers to understand their children’s desires and academic strengths in order to make decisions. suitable direction.

This is also what Hien learned from the experience of accompanying her son in the 10th grade exam, majoring in foreign languages. She said that the main goal of the family is Ha Giang High School for the Gifted, so the decision to take the extra foreign language exam was a bit late, affecting the review. With the youngest child in primary school, in case she also wants to take the professional exam, Ms. Hien will develop a plan earlier because “urgent preparation will increase the pressure”.

While waiting for her child to take the test, Hien and the parents took advantage of the opportunity to get acquainted, share their upcoming plans for their children, and introduce some review teachers. A mother encouraged parents around, “If my child doesn’t pass, I still have another choice. Don’t worry, there are many good schools, the important thing is which environment you fit into”.

Lychee is popular in Japan 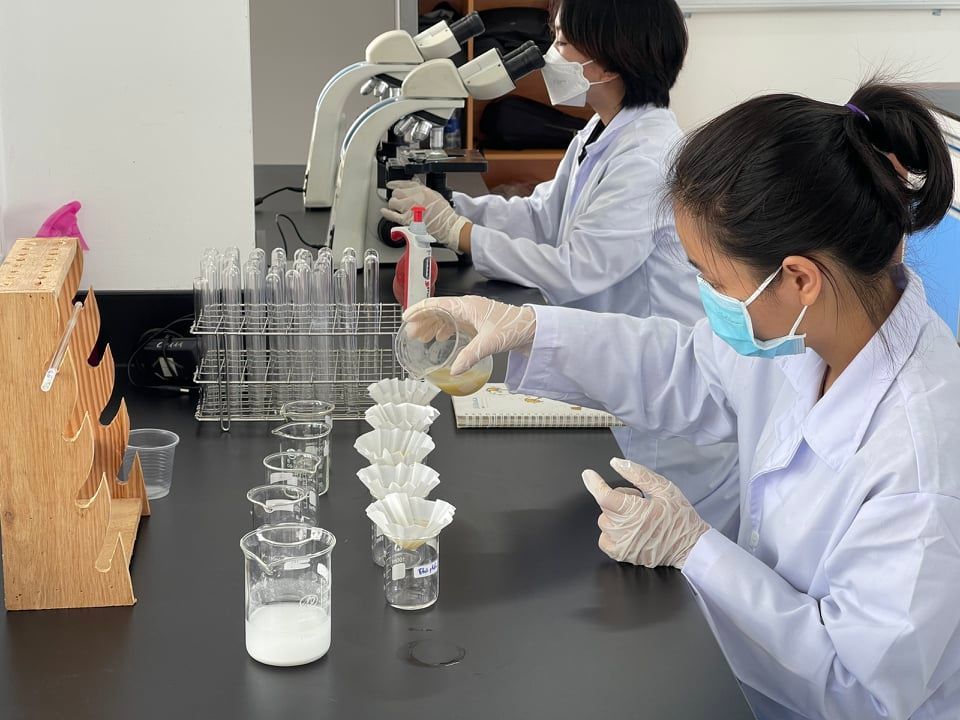 How is a Bachelor of Technology different from an engineer? 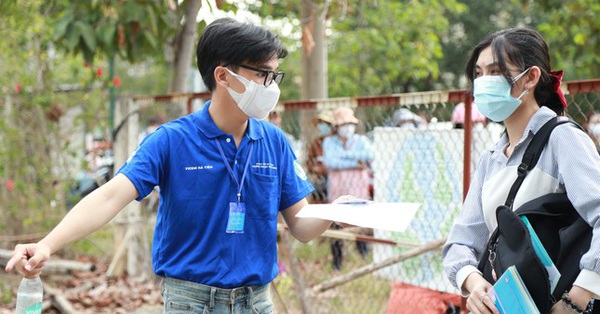 When will VNU-HCM’s competency assessment test scores be announced? 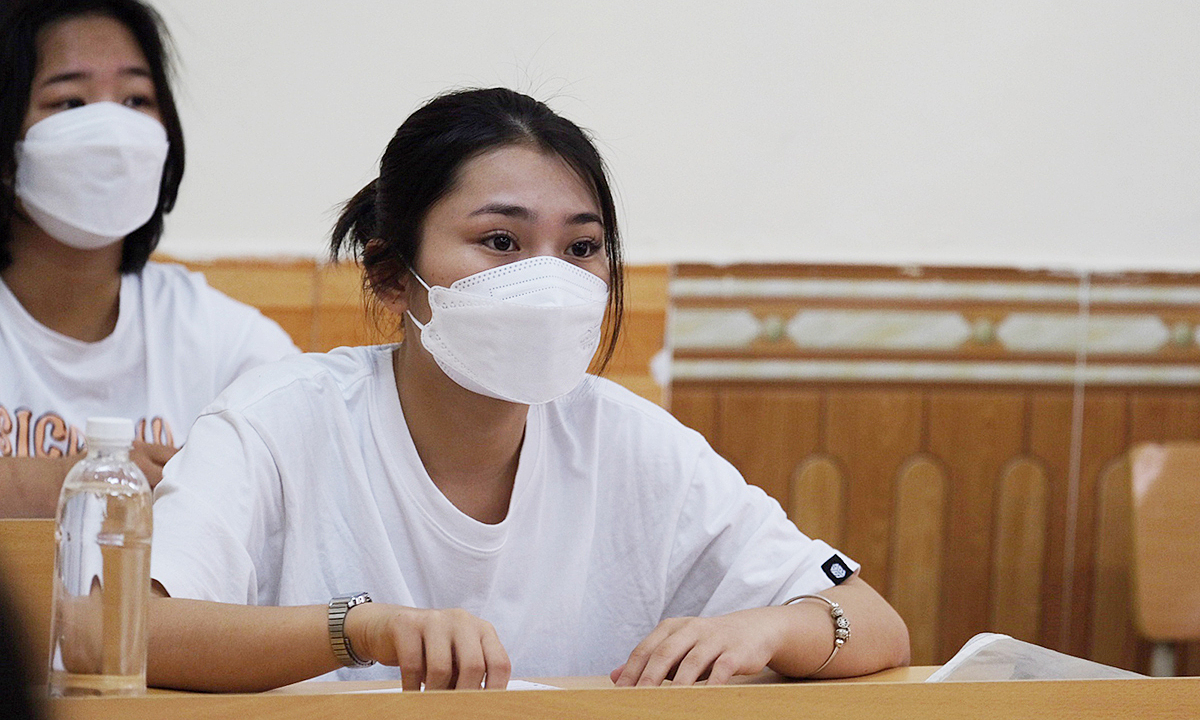 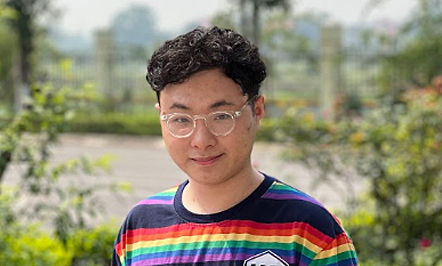