This is Russia’s latest attempt to break Ukraine’s defenses and deal a blow to the enemy’s key infrastructure, according to information from Ukraine.

Russia exerts pressure on many fronts

CNN quoted Colonel Oleksandr Motuzyanyk, a spokesman for the Ministry of Defense of Ukraine, as saying that Russian troops launched offensive operations and poured heavy fire along the entire front line between the two factions in the Donetsk and Luhansk regions.

The spokesman said seven aircraft launched guided missiles from above the Black and Caspian Seas, while coastal missile systems in Crimea also fired.

On land, Colonel Motuzyanyk noted the Russian advance on several fronts, including north of Sloviansk. Here, Russian forces gained momentum in the Sviatohirsk region toward the River Siverskiy Donets. A spokesman for the Ministry of Defense of Ukraine said that Russian troops carried out technical reconnaissance in the area, preparing to move here. However, in other districts of this front, the Russian side was repelled by Ukrainian forces.

Sloviansk is a major target of the Russian military campaign, and Russian troops have been moving closer to the city in recent weeks.

Further east, at Severodonetsk, Colonel Motuzyanyk reported that Ukrainian units had held back the Russian offensive. They temporarily stopped the enemy’s attempt to encircle Ukrainian troops in the areas of Severodonetsk and Lysychansk, as well as Russia’s desire to obstruct Ukraine’s key logistics routes.

President Volodymyr Zelensky acknowledged that Ukrainian forces are outnumbered by Russia’s here. However, the leader also said that Ukrainian units still have a chance to turn the situation around in Severodonetsk.

Russian troops also continued their efforts to break through the Ukrainian lines defending the route between Lysychansk and Bakhmut, but were repelled by Ukraine.

To the south, Ukraine says it has also prevented an attempt to break through the defenses around the Donetsk region. In the Kharkiv region in the north, Colonel Motuzyanyk said enemy fire continued to pour into the north and east of the capital Kharkiv, in an attempt to prevent Ukrainian forces from approaching the border with Russia.

In the south, Russian forces sought to regain some areas that had returned to Ukrainian control. Also here, the Russian side opened fire on Ukrainian positions along the line of contact between Mykolaiv and Kherson.

Russia has not commented on any information provided by the Ukrainian Defense Ministry. However, on June 6, the Russian Defense Ministry announced that it had shot down a Ukrainian MiG-29 aircraft near Sloviansk in Donetsk, destroyed 13 drones, and attacked 431 points of concentration of troops and equipment.

Follow The Guardian, Moscow claimed to have destroyed 300 Ukrainian soldiers, destroyed 10 tanks, 2 Grad rocket systems, 17 specialized vehicles, 17 cannons and a radar. The Ukrainian side has not commented on these statements.

Events in the Black Sea

In an attempt to regain control of the northwestern parts of the Black Sea, the Russian side has deployed anti-aircraft missile systems in Crimea and the Kherson region.

Currently, Ukraine continues to face the threat of missile attack from the sea. “Since the launch of the military operation in Ukraine, enemy warships and submarines have launched more than 300 cruise missiles towards the territory of Ukraine. Temporarily, the attack intensity of the Russian Kalibr has decreased, but the enemy has begun to switch to using anti-ship missiles to destroy land targets…Perhaps this shows that Russia has used a significant amount of missiles. modern missiles and are now forced to use less advanced missiles,” according to information from the Ukrainian Navy.

In addition, Ukraine said that up to 30 Russian warships and submarines are continuing to block civilian maritime activities. “There are now 12 large amphibious ships in the Black Sea, more than a third of which are in the process of being repaired,” according to the Ukrainian Navy.

Russia has not commented on the above information.

Russia continues to react to long-range weapons from the West

At a press conference, Russian Foreign Minister Sergei Lavrov emphasized that Moscow would respond to the West’s transfer of long-range weapons to Ukraine. Specifically, Russia will continue to push back Ukrainian forces at a distance even further from the border with Russia.

Lavrov also criticized the “unprecedented” move by Bulgaria, North Macedonia and Montenegro to join forces to block the sky and prevent the plane carrying him to Serbia. He was forced to cancel his visit to Serbia on June 6 because of this action. Russia’s top diplomat said that he had not yet received an explanation from the parties about their decision. The Russian Foreign Ministry called it a “hostile act”.

Lavrov said he would invite his Serbian counterpart to Moscow in the near future.

On the same day, President Vladimir Putin signed a decree providing support of 5 million rubles ($81,500) to the family of each Russian soldier killed in action in Ukraine and Syria.

On March 25, Russia said that 1,351 soldiers died in battle and 3,825 others were wounded. Up to now, Russia has not updated any more information about Russian casualties in Ukraine.

Underground storm - Episode 71: Surrounded on all sides, the boss and his wife choose to commit suicide Russia finalizes the time to capture Mariupol, the US launches more sanctions against Moscow 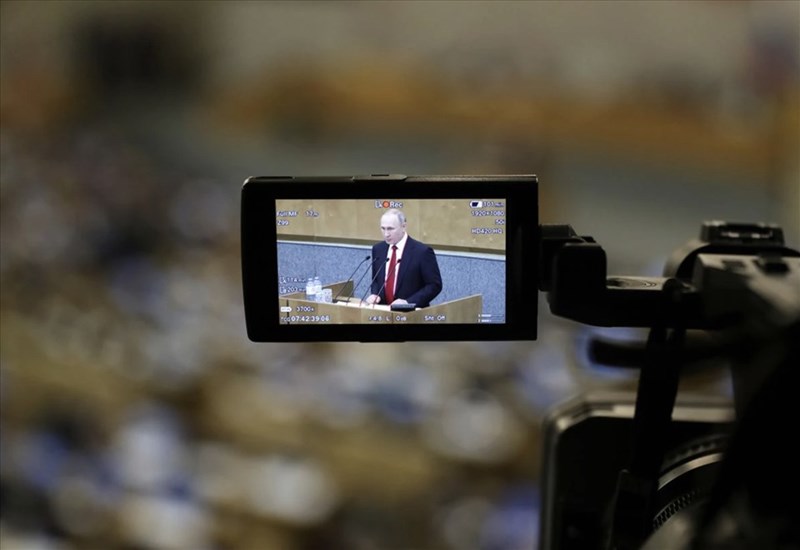