On the evening of March 25, Noo Phuoc Thinh Together with the audience had a great night with many wonderful musical experiences on stage In The Moonlight. Here, he has lived nearly 30 songs, from famous hits to English songs. Noo Phuoc Thinh’s voice is always like that, sweet and warm, leading to many unforgettable moments for the audience to listen to live. 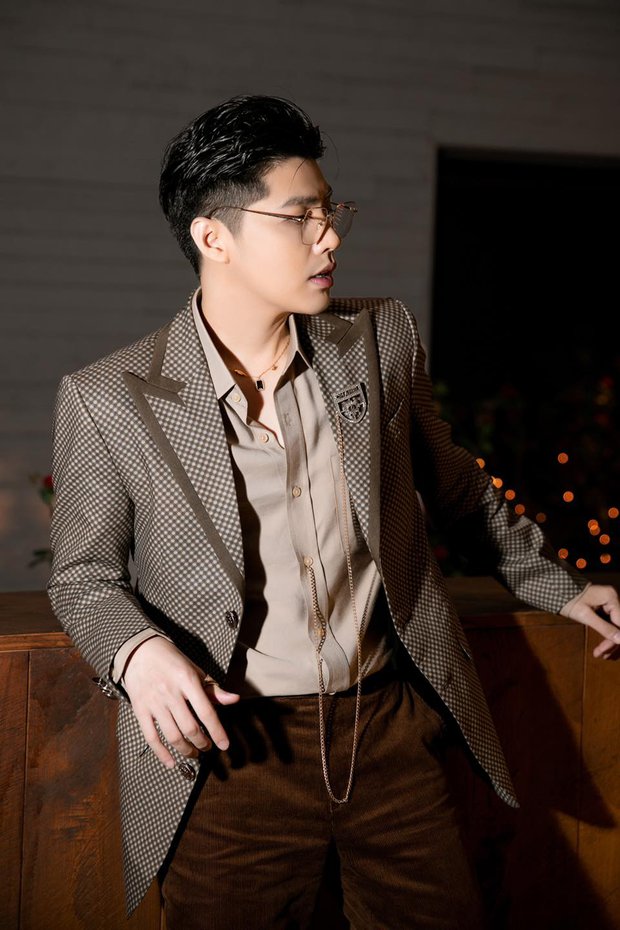 Immediately after the show, Noo Phuoc Thinh made fans confused when he shared that he had to receive oxygen due to the post-Covid-19 influence. It is easy to see, with the volume of songs he performed on stage, it is completely understandable to be short of breath. Not to mention Noo Phuoc Thinh also had Covid-19, which made fans love the singer even more. 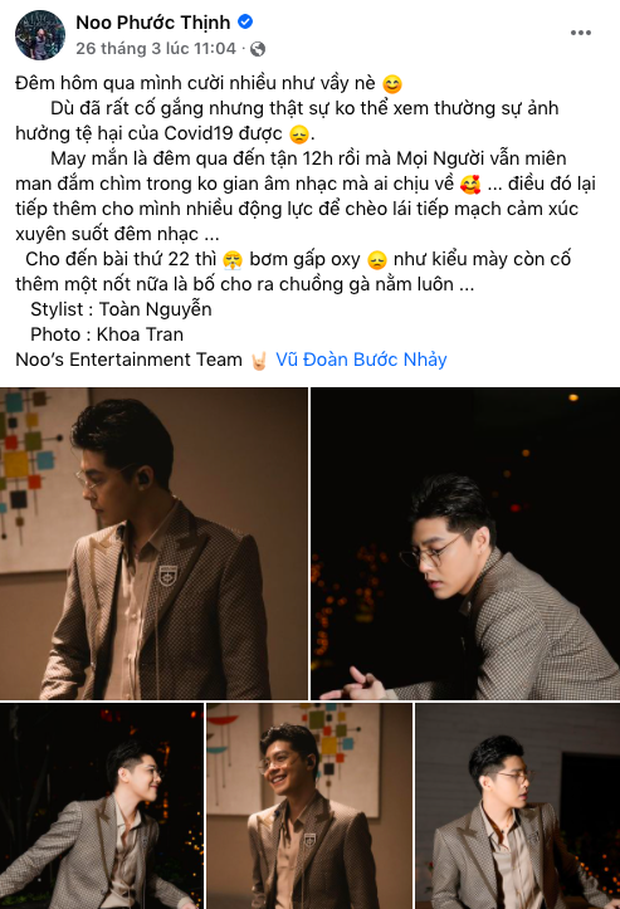 However, even though the live performance of nearly 30 songs by Noo Phuoc Thinh took place extremely successfully, some strict netizens still “digged” the moments when he forgot the lyrics or interacted with the audience to criticize. this vocalist. In particular, a netizen posted a forum to criticize Noo Phuoc Thinh “forgetting the lyrics even if the group can’t help it”, too dependent on fans. 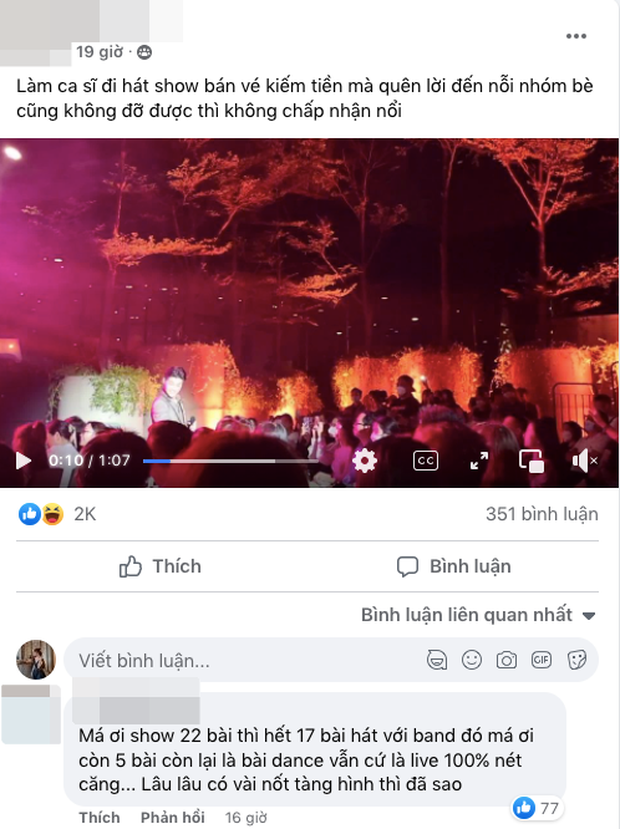 The post criticized Noo Phuoc Thinh for forgetting the lyrics

The clip that this netizen accused Noo Phuoc Thinh singing forgot the lyrics, depending on the fan is the clip recording the moment he sang while interacting with the audience. In the fully filmed video, the song Like the First Minute fully performed by Noo Phuoc Thinh from the beginning.

It was only when he was in the fans’ arms, gave the mic to the fans to sing, and was busy greeting the audience that there were moments when he forgot the words, or he simply didn’t sing at that time because he was busy communicating.

It is because of this unreasonable criticism that the post received a series of objections from the audience. Most of the audience thought that the owner of the post was too strict and didn’t really participate in the show. Many fans can watch the stage live In The Moonlight of Noo Phuoc Thinh “claimed justice” for the guy with convincing arguments.

– Show 22 songs, all 17 songs with that band, my friend, the remaining 5 songs are dance songs, still 100% live with tension… What if there are a few invisible notes from time to time?

– Communicate with that audience. But he admits that he forgets the post himself. If you sing 30 songs a night, it’s okay to forget some places. If you go to any show to sing dozens of songs, you have to bring documents to look at the lyrics. Very cute.

– People sing more than 20 songs, live, dance very well, have fun interacting with the audience, this is obviously giving the mic to the audience to sing and then pick up the rhythm. Skip the yard.

– This song is 5 years old, my friend, one night I sang more than 20 songs from gentle to jubilant live 100%, but Noo had Covid before it affected the air column but still fought well. Even if Noo forgot the real lyrics of this song, it doesn’t matter, when you go to school, the teacher just said the lesson before the next class and forgot, let alone the singer forgot the lyrics. But here it is clear that Noo is interacting with fans, giving the mic to the fans to sing, so he stopped and then continued to sing the lyrics into the music without missing a beat. 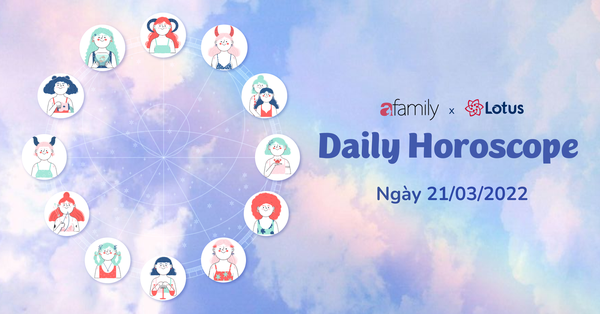 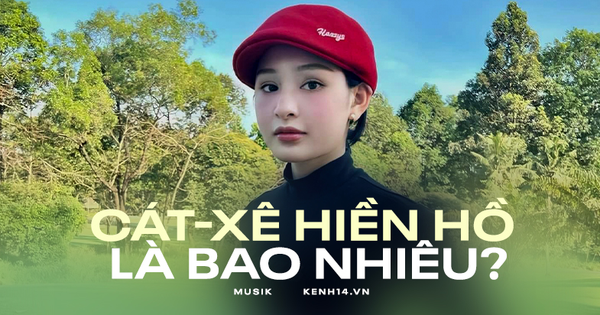 the number exceeds the veteran seniors in the profession? 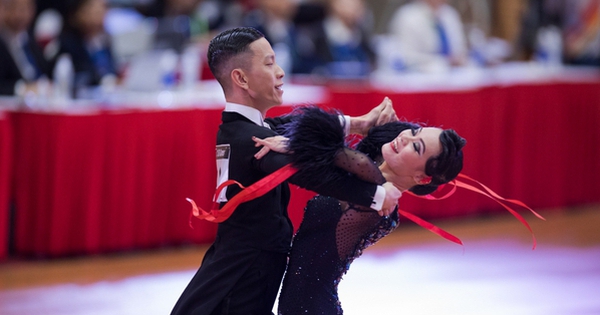 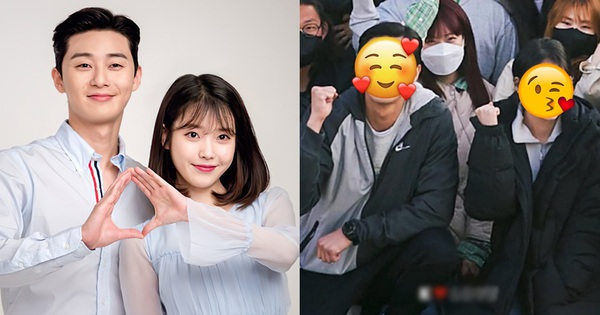 Park Seo Joon first appeared behind the scenes of the movie: I’ve never seen such a beautiful couple, the visuals are so outstanding without makeup!