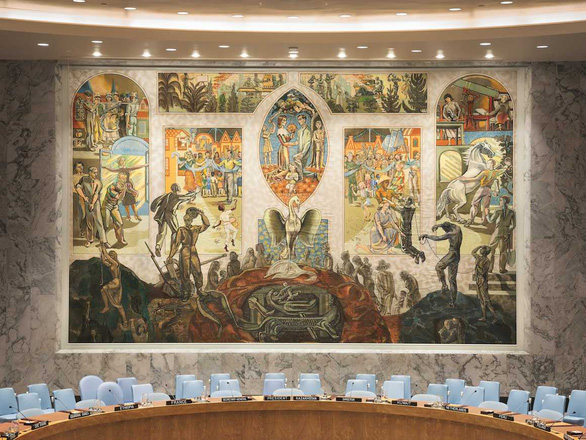 The mural at the United Nations Security Council by Norwegian artist Per Krohg depicts a phoenix rising from the ashes of war and suffering – Photo: Royalcourt.no

Although the UN Secretary-General was delighted that the UN Security Council was finally “speaking with one voice on peace in Ukraine”, with the first joint statement adopted since the outbreak of the war. , but the organization still has a lot of work to do.

“As I often say, the world must unite to silence the gunfire and uphold the values ​​of the United Nations Charter,” said António Guterres after the joint statement was adopted on May 6, according to the homepage. UN.ORG.

That statement, which was also ratified by Russia, expressed “deep concern with the maintenance of the peace and security of Ukraine”, and supported the UN’s efforts to find a peaceful solution. The draft statement was drawn up and proposed by Norway and Mexico.

However, as with many previous UN statements, this may be just another symbolic move instead of creating real changes on the ground. Even in the wording of a rather formal document, the parties also showed deep disagreement.

The entire statement makes no reference to “war”, “invasion” or even “conflict”, but simply “dispute”.

The visit paved the way for joint operations by the United Nations and the International Red Cross to evacuate some 500 civilians from the port city of Mariupol and the Azovstal Steel Plant under siege by Russia.

A Security Council resolution needs 9 votes in favor and no vetoes from the 5 permanent members: the US, Russia, China, France and the UK.

With all the political entanglements and controversies, the United Nations remains a pillar organization to maintain world peace as well as ensure national sovereignty. This organization was born right after the bloodiest conflict in human history, World War II, with a simple common motive: never to let another world war happen again.

Since the outbreak of the war in Ukraine, the United Nations General Assembly has passed a resolution in early March with 141/193 member states in favor of demanding that Russia immediately cease all military activities.

However, the Security Council, the body that holds real power, was paralyzed by irreconcilable conflicts between the great powers until the last joint declaration. Indeed, increasing the effectiveness of the Security Council, including many proposals to give more truly diverse and multilateral voices to emerging countries in the Southern Hemisphere, has been discussed for a long time.

One of the most popular proposals was to expand the permanent membership to include countries such as Japan, Brazil, India, South Africa and Germany, along with ending the veto mechanism.

Another idea would be to retain the veto but include provisions to negate it – a resolution would still be passed with two-thirds of the General Assembly’s support and/or 4/5, for example. votes of the permanent members of the Security Council.

Those proposals are understandably controversial and, given the international political situation, unlikely to be feasible in the short term. But that doesn’t mean the United Nations can’t do anything.

An example is the suggestion of international commentator Simon Tisdall in the British newspaper The Guardian on April 6: “[Tổng thư ký Liên Hiệp Quốc] Guterres should ask all member states to support the convening of a new conference of the same fundamental character as the one in San Francisco in 1945. [dẫn tới việc thành lập Liên Hiệp Quốc] to radically reform this organization, both institutionally and organizationally, to reflect the balances of power and priorities of the 21st century”.

When the victors of World War II established the United Nations in 1945, many states-states do not even exist today. Nearly all of Africa, much of the Middle East, and Asia remained colonies of the West.

The UN Charter in 1945 was signed by only 50 states-states, while today there are 193 members and developing countries in the Southern Hemisphere should have had a bigger say.

Since 1946, according to documents from the United Nations Library, the five permanent members of the Security Council have used their veto power 262 times – in many cases to defend their own actions, including those of the United Nations. military.

Researchers point out that veto power is the key reason why the United Nations has not been able to prevent many major humanitarian tragedies including in Rwanda, Darfur in Sudan, Rakhine state in Myanmar, Yemen…

TTO – Mr. Guterres affirmed that the UN will continue its efforts to expand humanitarian assistance and ensure the evacuation of civilians from conflict zones in Ukraine; stressed that this conflict ends as soon as possible for Ukraine, Russia and the world.

Grandmother escorts the bride and groom with a stick 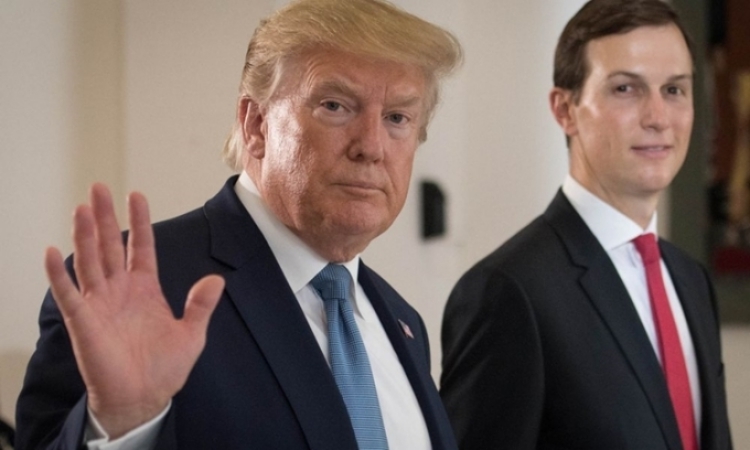 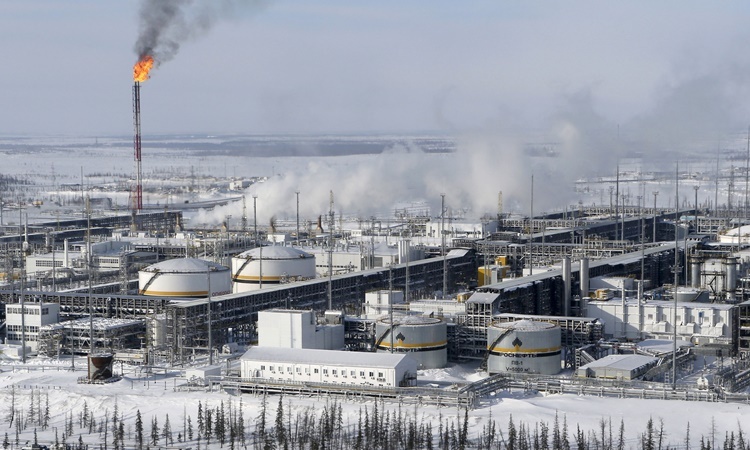 EU is about to launch a new sanctions package against Russia