An Duong Vuong, surnamed Thuc, whose last name was Phan, belonged to Ba Thuc, and his capital was in Phong Khe (now Co Loa citadel).

Giap Thin, the first year (257 BC; equal to Nuan Vuong – the Zhou dynasty in the 58th year). The king invaded Van Lang and changed the country’s name to Au Lac. At first, the king sent troops to fight Hung Vuong many times, but Hung Vuong was strong and good generals, and the king lost forever.

Hung Vuong said: I have a god to help me, is the country of Thuc not afraid? Then, Hung Vuong gave up repairing his martial arts equipment, just eating and having fun. The Thuc army pulled close to the place, still drunk and not awake, then vomited blood and jumped into the well to die. The people turned their spears and surrendered to Thuc Vuong.

At that time, the citadel was built in Viet Thuong, more than a thousand zhang wide, like a spiral, so it was called Loa Thanh, and named Tu Long citadel (the Tang people called it Con Lon citadel, because it was a very high citadel). This citadel was finished and then collapsed, the king took care of it. New precepts to pray to heaven and earth and miracles of mountains and rivers, then rebuild it with great success.

Binh Ngo, 3rd year (255 BC; Dong Zhou army 1st year). In the spring of March, a god suddenly came to the gate of the city, pointed at the city and smiled and said: Apply until finished.

The king found it strange, so he invited him into the palace to ask. The god replied that: Wait until the messenger arrives, you will know, then say goodbye immediately. The next morning, the king went to the gate of the city, saw a golden turtle from the east swimming in the river, claiming to be Giang messenger, speaking human language, discussing the future. 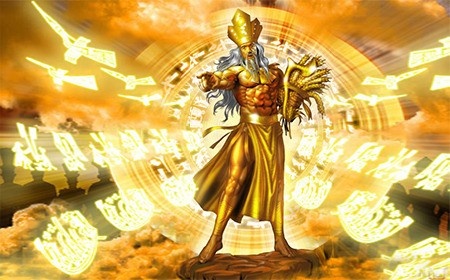 Seeing that, the King was very happy, put the turtle in a golden tray and placed it on the shrine. When the king asked about the cause of the fall, the golden tortoise replied: The previous king’s son violated the spirit of the mountains and rivers of this land to avenge the country, and hid in That Dieu mountain.

In that mountain, there is a ghost, the son of a former singer who died and was buried there. There is an inn next to the mountain, the owner of the restaurant is named Ngo Khong, there is a daughter and a white chicken that is the spirit of the star, if anyone who passes by and sleeps there at night, they will surely die, due to the harm of ghosts.

They can gather together to form hordes, causing the city to collapse. If you kill the white chicken to get rid of the sperm, then the natural citadel can be built and is sustainable.

The king brought a golden turtle to that inn, pretending to be a sleeper. The innkeeper said: You are a gentleman, please go now, don’t stay here and get hurt. The king laughed and said: Life and death have a destiny, the devil can’t do anything. Then sleep at the bar.

At night, I heard a ghost from outside calling to open the door. Yellow turtle scolded, ghost could not enter. When the rooster crows, the ghosts run away. The golden turtle asked the king to chase, and when he reached That Dieu mountain, the spirit of the sea disappeared. The king returned to the inn. Early in the morning, the shop owner thought that the king was doomed to die, and sent someone to the shop to pick up the body and bury it. Seeing that the king was still smiling and talking as usual, he bowed down and said: He was at peace like that, all a saint.

The king asked for a white chicken to kill for sacrifice. If that chicken dies, the owner’s daughter also dies. The king sent someone to dig up the mountain, find ancient musical instruments and human bones, burn it to ashes, throw it into the river, love it when it’s gone. From there, it’s done in no more than half a month.

The Golden Tortoise said goodbye and left. The king asked gratefully: Thank you for your stronghold, if there is an enemy from outside, what will you use to resist? The golden tortoise took off its hoof, gave it to the king, and said: The state is at peace or in danger, by fate, but people should also be on guard. If the enemy comes, use this sacred nail as a crossbow, aim at the enemy and shoot arrows, then there is nothing to worry about.

The king sent his servant Cao Lo (there is a copy of Cao Thong) to make it a god, using a turtle’s claw as a crossbow, and named it Linh Quang kim clawed god of debt.

Trieu Da’s army was stationed at Tien Du mountain, Bac Giang town, and fought with An Duong Vuong. At this time, the king brought the magic crossbow to shoot, Da lost and ran. At that time, Ao brought his navy and stationed in Tieu Giang (that is, Do Ho palace, then Dong Ho wharf, ie Dong Ho wharf today), broke the land god, so he got sick and withdrew, telling Da: “The Qin Dynasty will lose the country, so use a trick to fight Thuc Phan and build the country.”

Trieu Da knew that the king had a magic crossbow that could not be defeated, so he retreated to hold Vu Ninh mountain and sent messengers to make peace. The king was happy, so he divided from Binh Giang (now Thien Duc River in Dong Ngan district) back to the North, then Da ruled, back to the South, the king ruled. 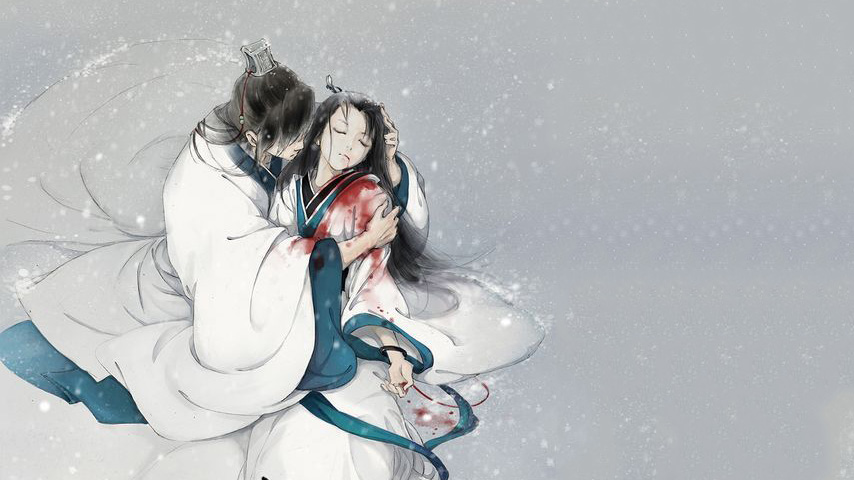 Trong Thuy coaxed Mi Chau to peek at the magic crossbow, then secretly exchanged the crossbow for another, pretended to go to the North to visit her parents, told Me Chau that: “The love between husband and wife cannot be forgotten, if the two countries do not get along, the North and the South are separated, how will we find each other when we come here?” . My Chau says: “I have a brocade mattress stuffed with goose feathers that I usually bring with me, wherever I go, I pull out the goose feathers and sprinkle them on the wrong way to make a sign.” Trong Thuy told Trieu Da to know.

Quy Ty year 50 (208 BC; Tan Nhi The Ho Hoi year 2). Nham Ngao was sick and dying and told Da that: “I heard Tran Thang’s group rebel, people don’t know where to follow, this land is far away, I’m afraid the invaders will come here, I want to join you to block the road (the way of the Qin Dynasty to Vietnam) to prevent it, wait and see how the vassals change.”

When he got very sick, Nham Ngao said: “The land of Phien Ngung (called Nam Thanh by the Han Dynasty) is based on a mountain, a few thousand miles from the east and west, with the help of Qin people, it is enough to build a country, raise karma, and master one direction. There is no one in this county worthy of conspiring, so I called you privately to tell.”

After saying that, when Ao died, Da immediately sent a hiccup to the gates of Hoanh Pho, Duong Son, and Hoang Khe, saying: “The enemy’s army is about to arrive, they must urgently block the road, gather troops to protect themselves”. Hiccup to the continents all responded. At that time, Da killed all the chiefs who were appointed by the Qin Dynasty, and sent his body instead to be the prefect.

Then, Da brought troops to fight An Duong Vuong, the king did not know that the crossbow was lost, played chess and laughed, saying: “Isn’t Da afraid of my divine crossbow?”. Da’s army approached the place, the king raised his magic crossbow, but the lever was broken. The loser ran away, let Me Chau sit on the horse, and ran to the South together. Trong Thuy received the goose feathers to chase.

The king came to the beach, ended the road without a boat, called the golden turtle a few times, “Hurry to save me”. The golden turtle floated to the surface and scolded: “The one behind the horse is the enemy, why not kill it?”the King drew his sword to cut Me Chau, and Mi Chau pleaded: “Believe in all the details, be deceived by people, ask to die and turn into pearls to wash away this humiliation.” The king cut.

My Chau’s blood flows on the water, the mussels swallowed and turned into pearls. The king, holding a 7 inch long van rhino horn, jumped down and disappeared (that is, the rhino horn splits the water today. According to tradition, that place is on Da Son mountain, Cao Xa commune, Dien Chau district). Trong Thuy followed to the place where she saw that My Chau was dead, mourned, hugged her body and brought it to be buried in Loa Thanh, turning it into a jade stone.

Trong Thuy misses Me Chau, returns to the place where Mi Chau took a bath before, feels pity, and finally jumps to the bottom of the well and dies. In the next life, there are people who have pearl beads in Dong Hai, wash them with water from the well, and the color of pearls will be even brighter.

Nguyen Phuong Hang was arrested, is the livestream crew an accomplice?

This is the secret to helping Elon Musk sleep less, if applied, you will surely achieve a lot of success in life. 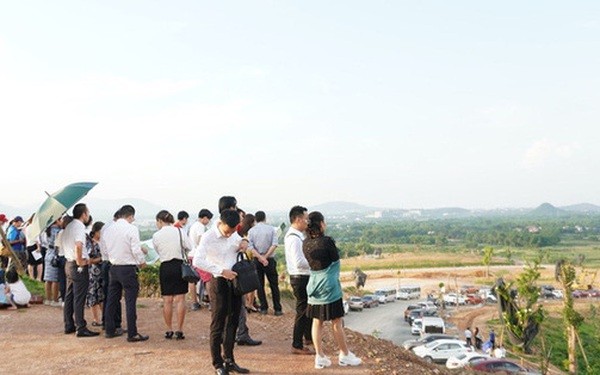 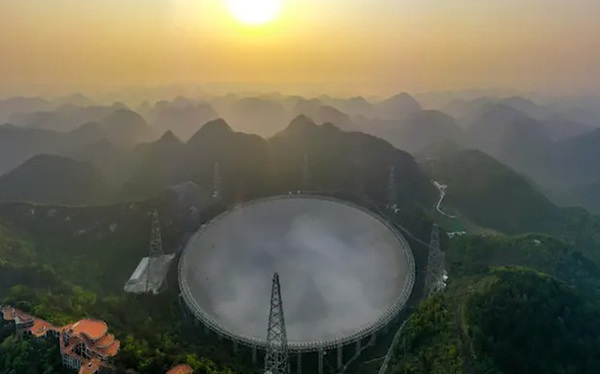